The Concrete Jungle, located at the ground level of a concrete building at the end of the newly opened Kensington street, Chippendale. 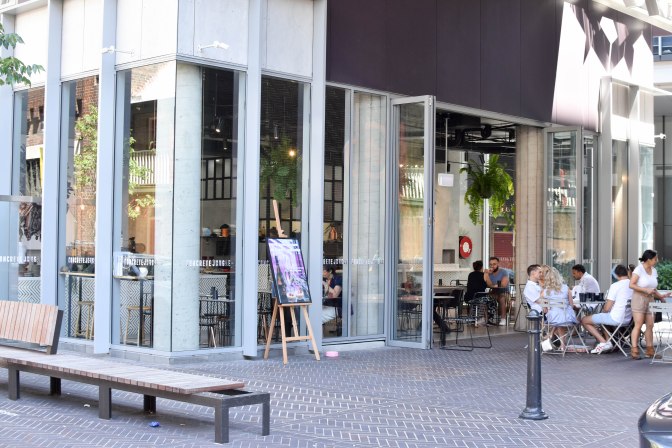 I kept hearing this name when it first opened last year.  It was such a phenomenon on Instagram for its Blue Majik Smoothies bowl and its Hotcake. I wasn’t trying because it always has long waiting queues. Also, those dishes look so colourful that makes me hesitating.

Until last weekend, I caught up with two old friends, and we decided to finally give it a go. I regret that I didn’t come here earlier. They taste beautiful.

According to Google, “Derived from spirulina, Blue Majik is a proprietary extract of the blue-green algae Arthrospira platensis”. I tried Blue Majik smoothie in one of the local organic food stores. I remember it was slightly salty and has this sticky texture. Although it was classified as one of those super foods, I just don’t like the taste. 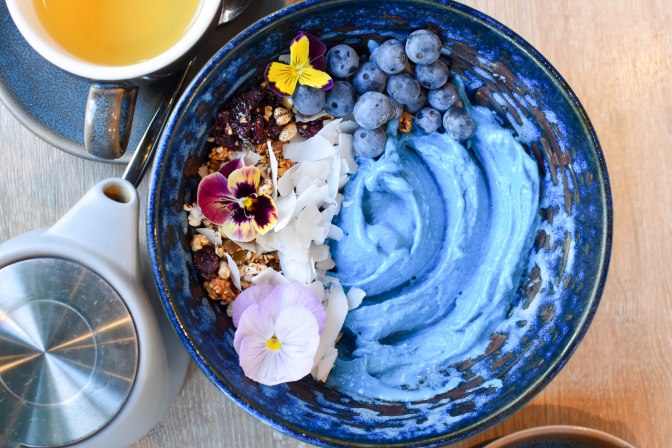 However, the smoothie bowl here really surprised me. It was beautifully presented and has a very satisfied taste. The Blue Majik still have that weird saltiness. Because it was blended with pineapple and banana, the saltiness got diluted and it was super refreshing! Even the sticky texture become a plus now! what a surperise! 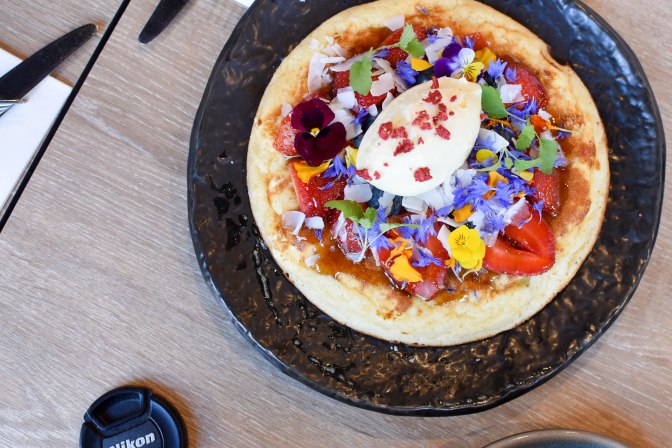 Speaks of hotcake, we want something fluffy. Yes, from all the photos I saw, I can only tell its prettiness.

I never expect that this is one of those hotcakes that taste so fluffy, so light and so perfectly cooked. It not only looks attractive but also has the texture on point. It also has small ricotta cheese inside the cheesecake, which is a bonus 🙂 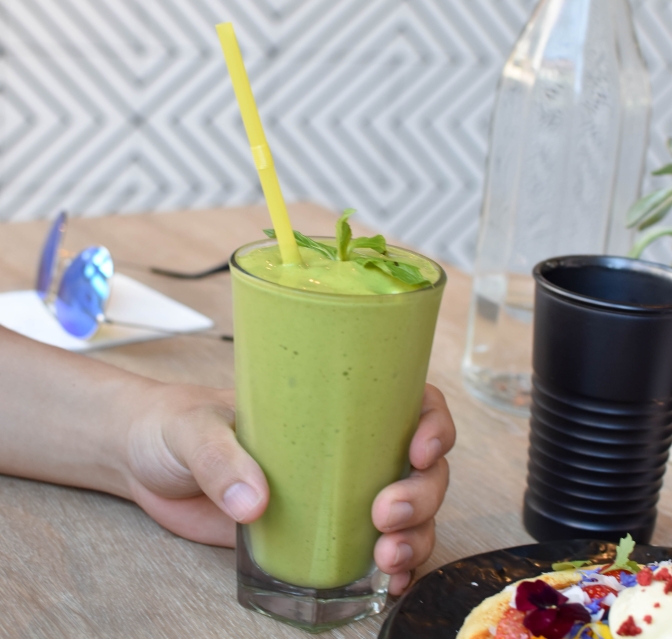 Another interesting blender here. I love the green colour and it actually tastes fine! not too leafy and veggie!

Sweet potato Fries as the side $7.5

We ordered additional side to share, but the size was really a big wow:

It is really a big chips size than a side.

The coffee here is also very smooth and balanced. They use this blend call “calibrate white.”

It was a very satisfied trip, and we will certainly come back again to try some other “more usual looking” items :P.