Would you wonder how would a Korean/Mexican style food look like?

Vecino opened by a young Korean couple, who has been prepared for 8 months. Eunice said she was so stressed before opening because of all the preparation for a first-time restaurant owner. She is hoping this store can serve not only local resident but also anyone who enjoy a good crispy Korean fried chicken bite. When I asked where the couple got the idea from, Tony said he used to work in a Mexico restaurant kitchen and love both Korean and Mexican food. He thinks both cuisines share some commonalities, such as used chilli and cheeses. Also, the Korean fried chicken would be perfect for making soft tacos.

Here is the tasting menu we got: 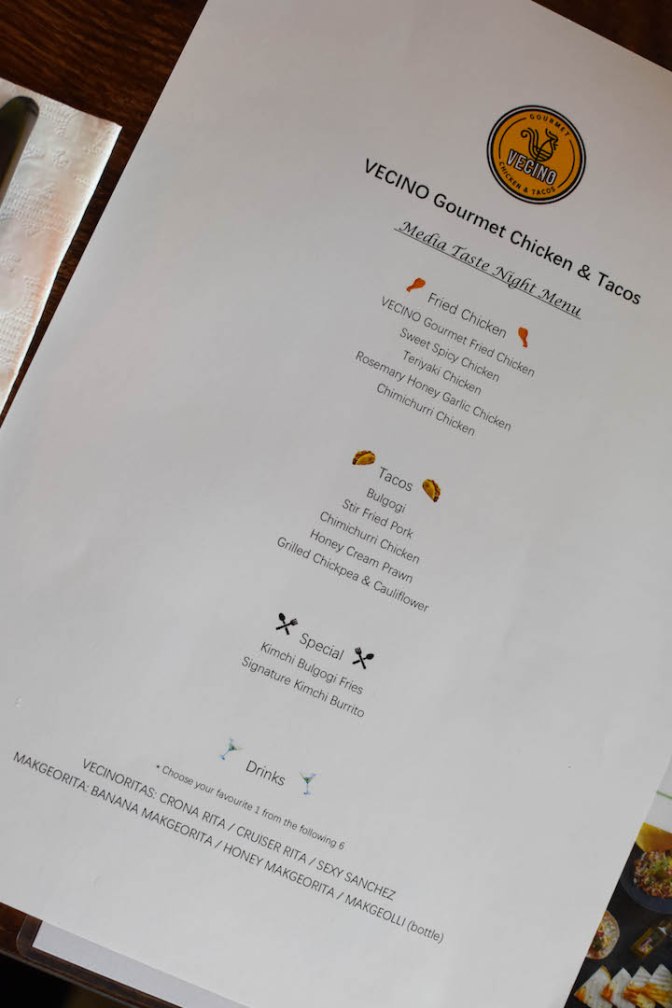 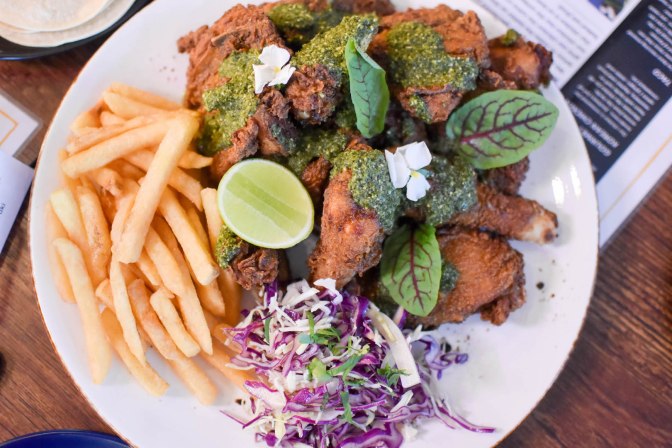 The chimichurri gave such a great intense and lovely flavour to the crispy and juicy fried chicken.

Although I also like the rosemary honey garlic one but the garlic is really strong :

for the Taco, my favourite is the bulgogi:

Nothing can beat a well-seasoned bulgogi. It surprisingly goes very well with the soft taco.  Some other choices I tried: 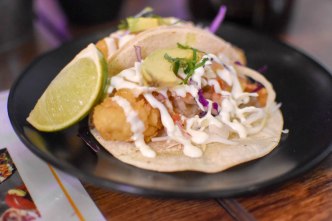 Ok, this is something that I highly recommend the table to share: 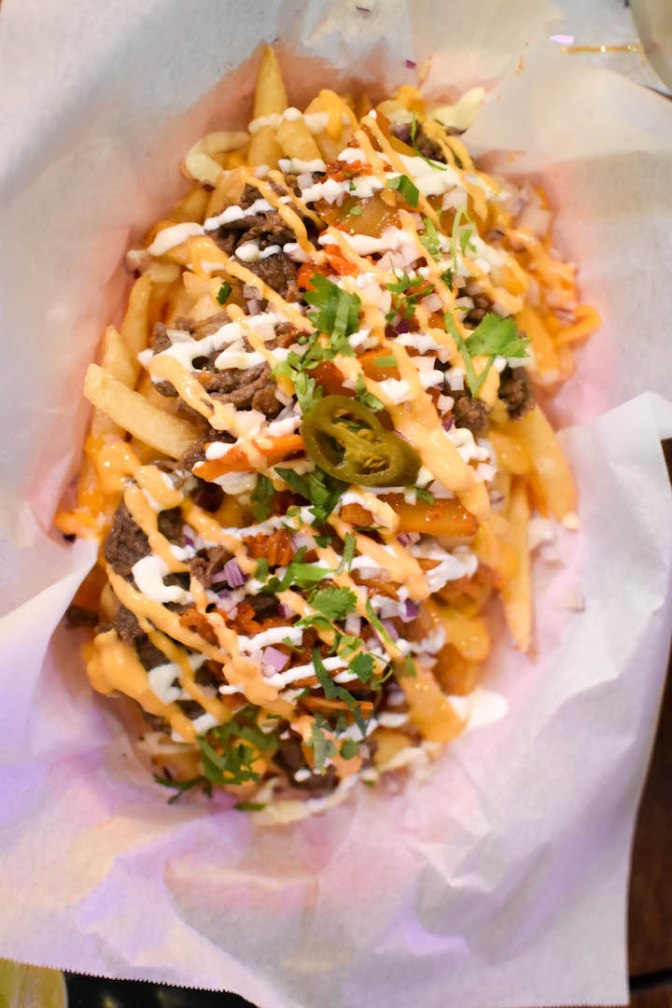 This is the Kimchi Bulgogi Fries. An empty folk in, a full folk out: have a mouthful of chips, bulgogi, kimchi, crunchy fries and sauce, and start to chew. I know it tastes “evil”, but it delicious and make me stop thinking about my weight…

The drink was a highlight:

some funky cocktails, that apple cider one was very nice 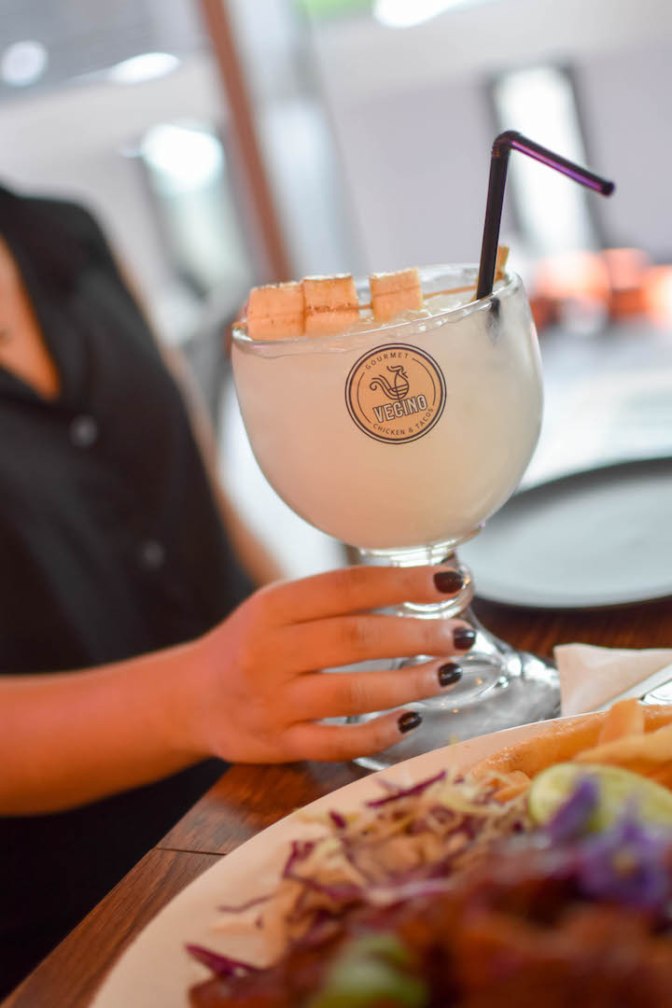 I also had some mocktails: 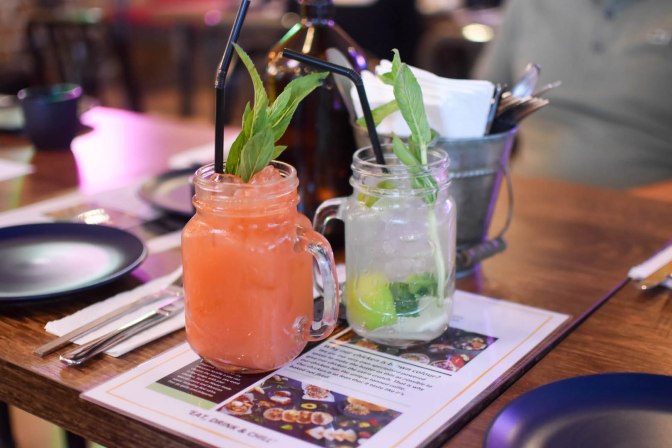 In conclusion, if you are looking for something cheap and special, this is the place that will serve the purpose. And it has a nice big space for a large group.