Dr R and I decided to go snow monkey park from Tokyo at 1/1 after we realised nearly all the major sightseeing place (no matter its museum or government building..) was closed at the first day of the new year. Even the shops in the Tokyo station were all closed! So we decided to do sth a little bit out of the town, and we picked snow monkey because they still opened!

(those monkeys are cute :))

We (more like I..LOL) checked a lot of travel websites before we go there and all of them seems quite complicated. My friends were suggested to drive there because they did and it was pretty fantastic experience. We hesitated because we didn’t feel comfortable enough to travel in a foreign country with a different language system, especially in the snowfield.

So after a bit of research, we decided to go to JR Nagano station first. This seems is the most simple, convenient way for me because you don’t need to change too many types of transportation and very easy to follow.

Our travel time and method:

JR line: Tokyo station to Nagano Station (covered by JR pass) 85 min -105 min depend on which Shinkansen you get. We took the 8:15am one but can be earlier if you can wake up.

(Yeah you can see it is freezing there….)

We got a Snow Monkey 1-day pass for trip part 2 and 3. This pass covers the following:

Base on my calculation, without the pass, the minimum fee involved in this trip would be:

Return express bus fee (2 way): 2800y plus Snow Monkey park entry fee: 800y which is 3600. So the pass will save you around 400 y, and also give you some flexibility if you want to take the local train back and get off in the middle to do some additional sightseeing.

The pass is only sold via the Nagano Dentetsu station, which is 10-15 mins walking distance away from JR station. The express bus timetable (as at 21/01/18) is as below:

It’s a good idea to plan your time well before the trip because those express buses are not that regular. We were literally running crazy to catch the 10:15 one, otherwise we have to wait a nearly whole hour! The bus station is just right outside the JR station.

Tips: Because the snow monkey park is too well know right now, so it was not as hard as I expected to go there. If you are still confused, you just need to tell the Nagano station staff “snow monkey park”, all of them will try their best to explain to you how to get there.

After 2 hours of the ride, we arrived the Snow Monkey Park bus station. That’s how snowy it looks like: 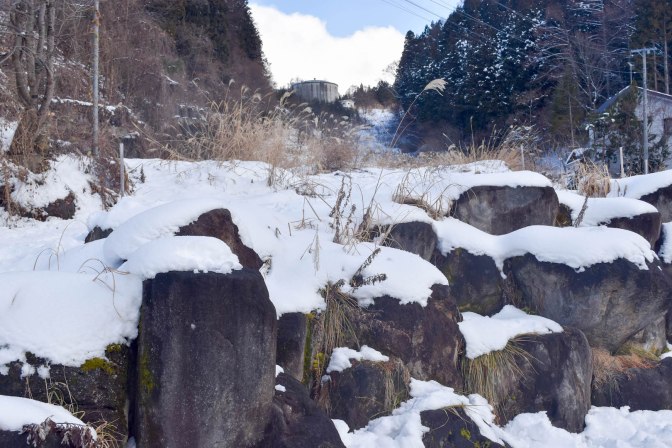 We feel like a coffee and some sweet stuff before the climbing, so we made a stop at this small cafe called Crystal Terrace right next to the bus stop.

It’s hard to miss it. The cafe also sell those cute small gifts.

(their brownie is not bad)

After the short break, we started our trip to the Snow Monkey Park.

The first part of the walking is along the road, its hard because it’s all icy during the winter: 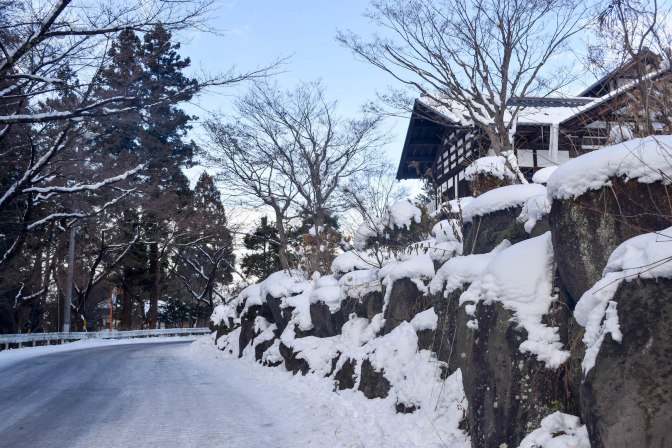 From this point, it involves a bit of uphill and also some steps. The sign said 25 mins to the main Monkey Onsen area, but it took us about 30 mins because the road was really slippery. Wearing proper shoes are highly recommended during winter.

The view is spectacular. It’s white everywhere. Cold but so pure, peaceful and beautiful. 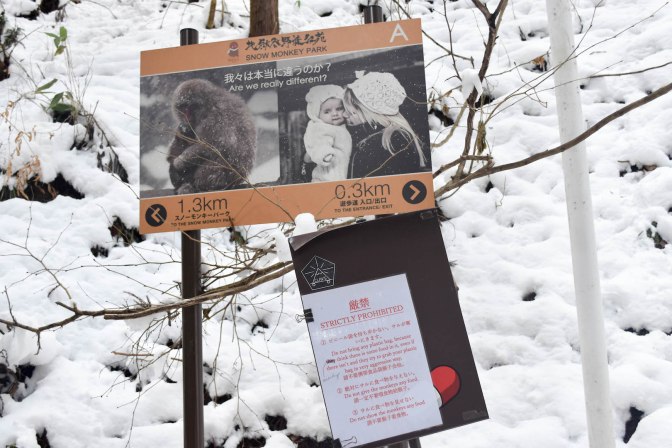 Along the road, there are a lot of those small information signs indicate where we are currently in terms of the whole 1.5 km. Walking really slow!

When it was close to the Main Monkey Park, we already see several monkeys around playing or finding food to eat. 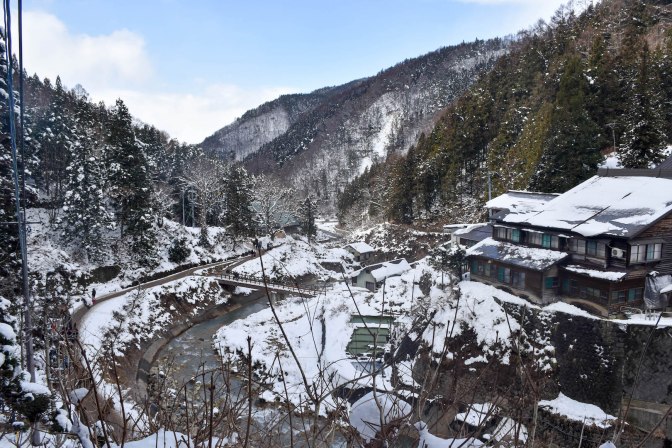 After passing this small village point, and a small uphill, we were at the main area of the Monkey Park. The main entry has a small wooden cabin as the ticket checkpoint. After the entry, we saw quite a few of monkeys. 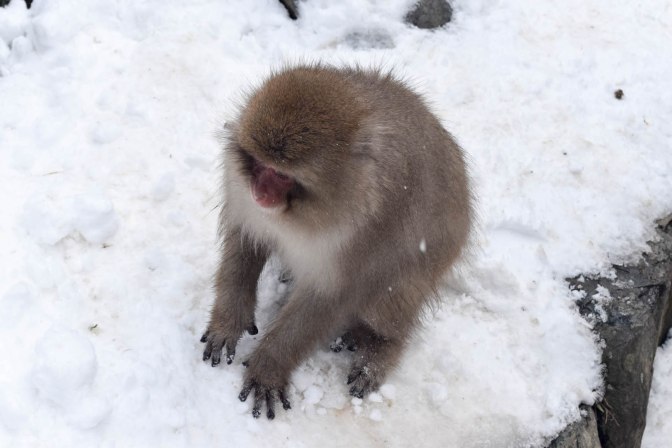 They do take onsen during winter!! According to the staff, those onsens in this central area of monkey park was built for them. We also noticed that there was food on the snow. The staff here might feed them every day to keep them in this area. 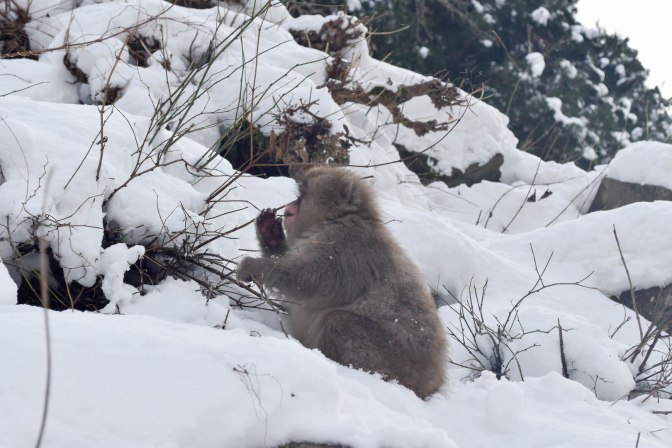 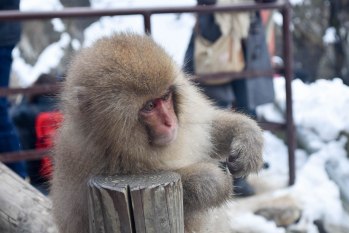 There were quite a lot of visitors around during the first day. I got amazed to see so many people around. At some point, I feel the number of people is more than monkeys.

We spent a little more than one hour here, mainly just staring at those monkeys. It was fun to see them enjoy themselves and completely ignore us. 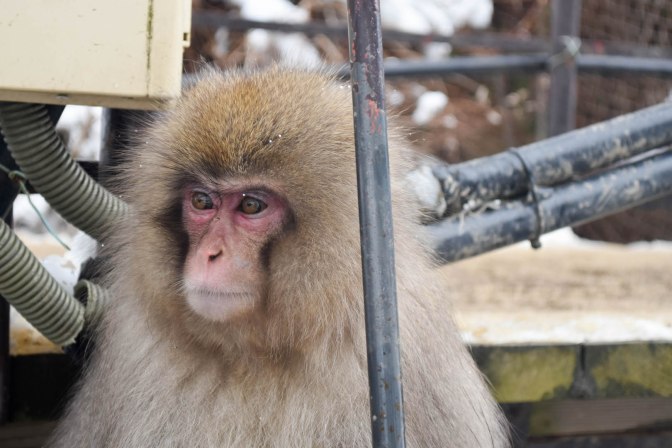 After that we had a short stop at the ticket office and learnt a little bit more of them:

(those are monkey king and leaders, I can’t really tell which one is which..)

(this one was just laying here although so many ppl were taking photos of it. We suspected  there was the onsen source under the concrete to keep it warm)

(Someone built a snowman, from the movie Frozen :))

We were pretty hungry after this trip up and down. Walked in this cold weather definitely burnt us a lot of energy, so we were hunting food afterwards.

Dr R wanted some soba because we saw an advertisement on the way up to the park about homemade soba nearby. It’s also Japanese’s tradition to eat soba at the new year, which to celebrate the old year passing.

It can be annoying to try to find a small soba place at this cold with an empty stomach, but we didn’t give up, and we really enjoyed it.

The place called Rous-An (羅臼庵), which is right next to a petrol station on the main road:

To get customers, they tried pretty hard, by putting a lot of flags outside the house:

because the store is tiny, its very easy to miss it 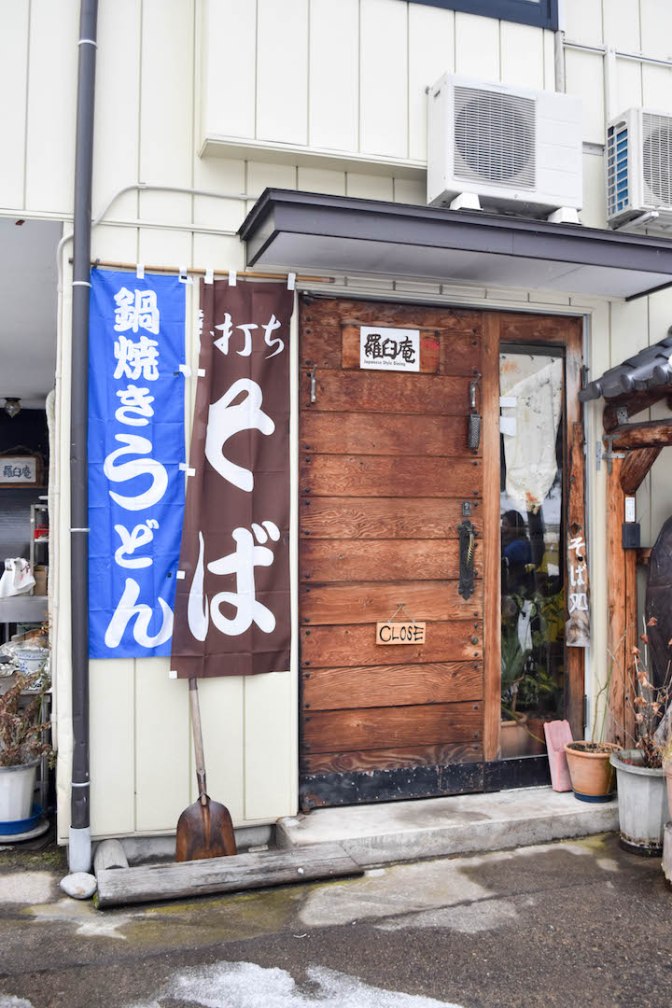 The shop was run by an old couple. The auntie can speak excellent English, while the uncle, also the chef was working in the kitchen. We came here too late so all the topping was sold out. This is my first time eat noodle without topping, but I really enjoyed the noodle: 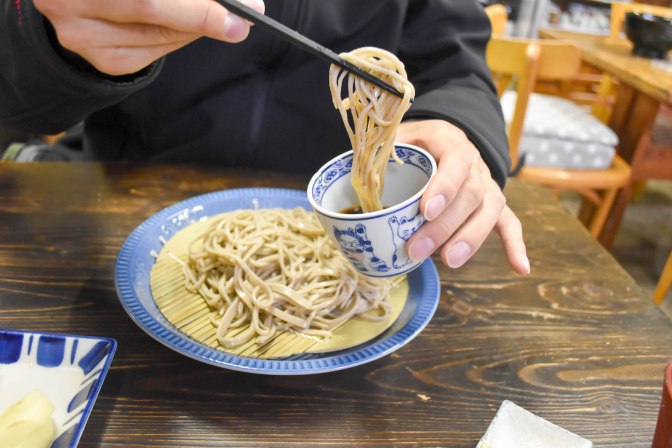 We ordered both soba and udon to try. Both of them are pretty decent. I can taste the sweetness of the grain in the noodle.

We got offered some side dish:

The owner explained that black bean and the sweet egg cake are traditional new year dish for Japanese. The apple is the local produce from the nearby farm.

I really admire those people spend their whole life on making simple food to the prefect, as the first page of the menu said:

(it said: the owner of this shop is trying his best to making soba for life time, soba sauce here is strong so please dip in bit by bit)

After we finished, we got two big apples from the owner couple which was a big surprise to me!

Take a big bite on our way back to Tokyo, it’s really really sweet! Until now I still missed it!

other blog related to this trip:

[Japan/Nara] the deer, the owl, the temple and the shrines

[Japan/Osaka] the beginning of a new trip, hotel and eating Fugu at Zuboraya Dotombori

One thought on “［Japan] a day trip to Snow Monkey Park on the ​first day of the new year, and the prefect soba”