During the beginning of September, I went to Uluru with a group of inspiring people. We decided to go see this giant red rock back in May, because of the Field of Light.

September apparently  the NT is still within the dry season. It was still cooling. Temperature was around 20-27 degrees average, and good weather during the whole four and half day traveling period.

The trip was an impromptu decision for me. I wanted to visit Uluru for long time but struggled to find a travel partner. I am not really a tour group person either. Therefore when one of my friend asked about the trip, I immediately agreed to it despite the fact that I haven’t approved my annual leave…lol it turned out to be a great decision.

Here is the group (I seems extremely happy in the photo…): 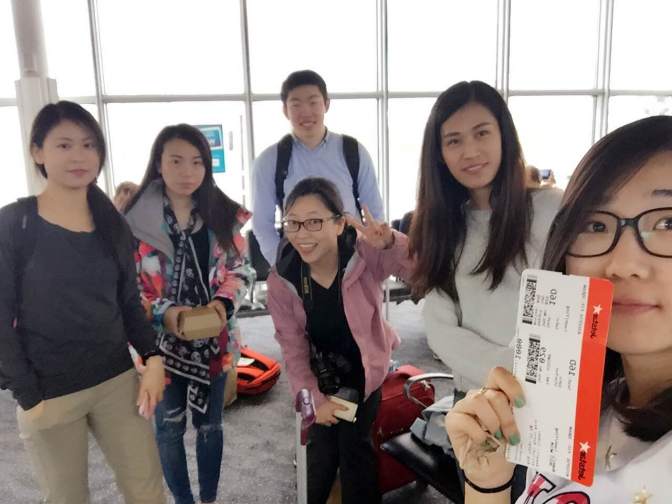 and special thanks to our only guy in the group who also have role of photographer/driver/body guard/wine bottle opener- Mr. X. At the end, it was not that easy to carry a full frame camera while bush walking around. 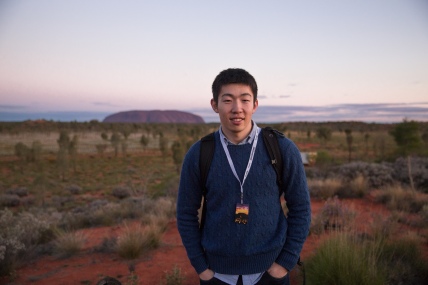 We took Jetstar which was around $500 for a return ticket. It was a 3 hours delay because some technical problems of the plant control system. Luckily we still made to the dinner and field of the light. 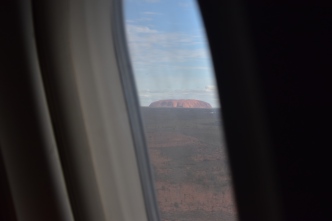 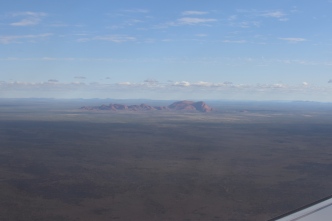 (The view of Uluru and Kata Tjuta from the plant)

NT is 1.5hr later than Sydney time. During September, the sunset time is around 7:00pm ish. We arrived Uluru around 4:30pm and checked into our hotel just pass 5pm. All the accomodation here are located in Ayers Rock Resort and the hotel accomodations include the complimentary transfer from and to the airport. 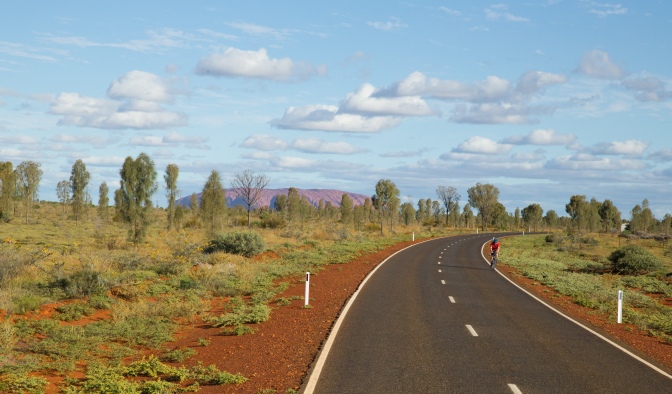 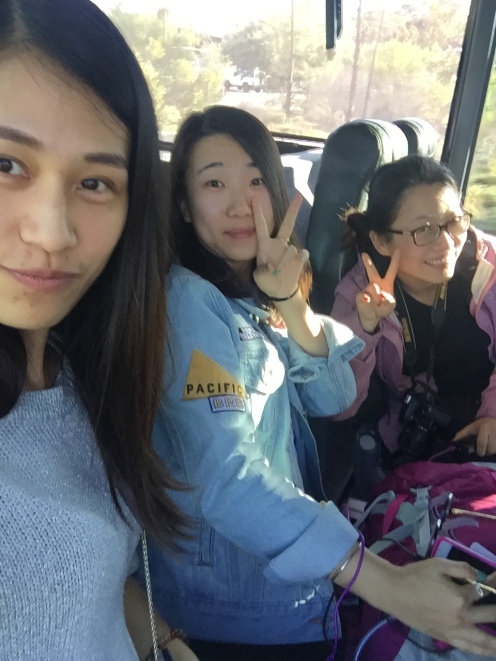 (On the transfer bus, tired but excited)

In Uluru, there are not many options for hotels and all of them are managed by Accor group. Not only accomodations, food choices were limited too given the remote area.

The most popular choice of accomodations were:

also the Outback Pioneer Hotel have the Hostel option for backpackers which called Outback Pioneer Lodge (2 stars). There are also campaign ground there but I am not sure how much that cost.

We stayed in two different hotels, Pullman and Ibis due to the individual budget. The price of Pullman here is about 100 dollars extra per night than the IBIS. I will talk about the hotel later.

The Sound of silence dinner offered a complimentary pick up from the hotel 30 mins to 1 hr before the sunset to the dinner area, a pre-dinner drink with outback style canapés during the sunset, then a buffet dinner in the middle of nowhere. We also added the Field of light entry and we had been escorted to the field after the dinner. The whole process took us about 4 hours.

Pre-dinner drink with outback style canapés was located at a lookout spot. It designed to let people have a drink during the sunset period. The view was stunning. 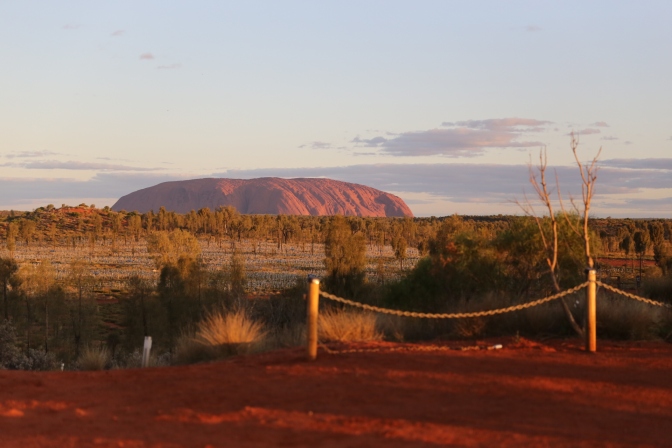 Upon arrival, we got offered chilled sparkling wine. I don’t drink so I got offered soft drink instead. The canapé selection was outback infusion. The lists were:

The photo here were two of the choice I like most: Balsamic Roasted onion and feta filo cup and the crocodile frittata. 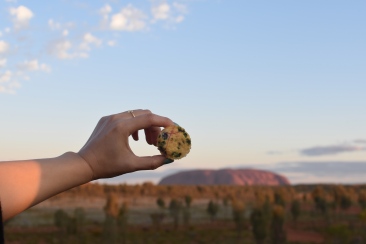 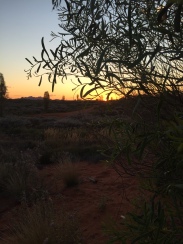 During the viewing period, we also got showed the NT aboriginal dance. The power seems right from the red soil. 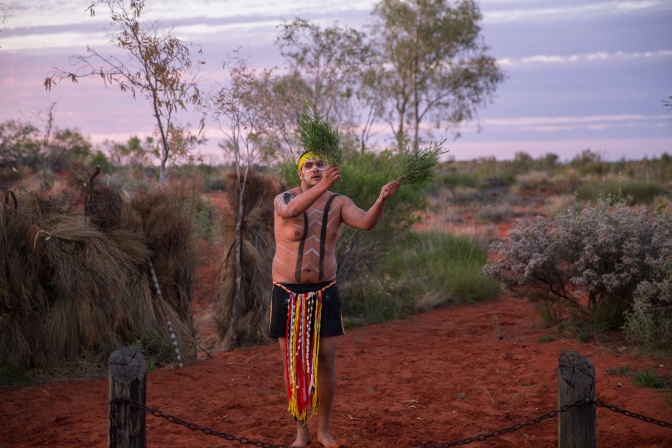 After the sunset, we have been guided to walk to the dinning area. 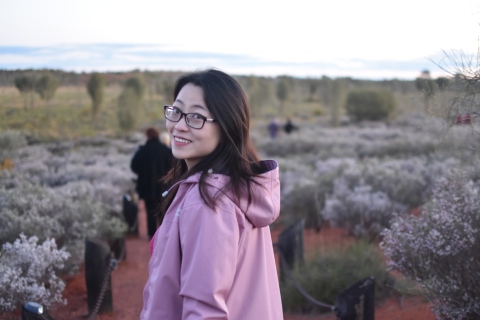 The dinning area located in the middle of the desert. Seriously nothing around but only the dining table: 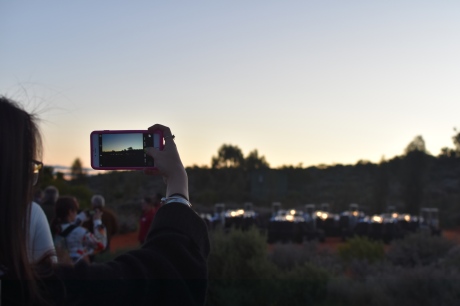 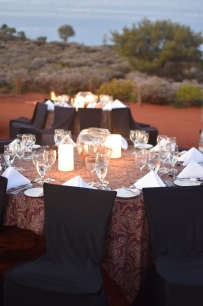 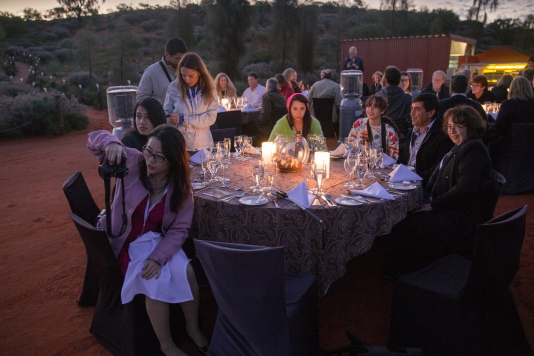 (Thanks to Mr.X who took this photos)

It was a fantastic life experience to me, although the night in the desert was really cold, which dropped from 20 degrees directly to like 5 degrees. Remember to bring extra cloth, this is my advice to this activity.

The food wasn’t that fascinating. It is a buffet style and nothing too special on the menu: 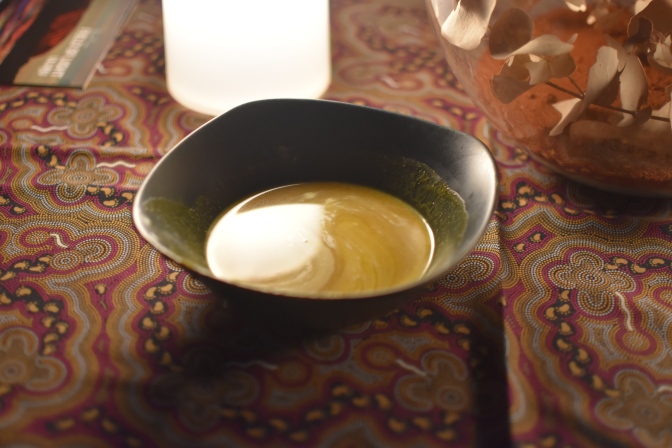 A selection of main: 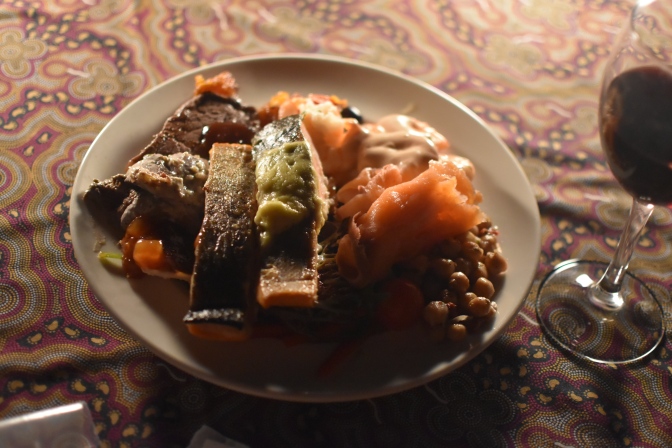 (Thats my plate of everything)

You can ask unlimited red or white during your meal (Too bad I don’t drink but I pretended in the photo<_<). 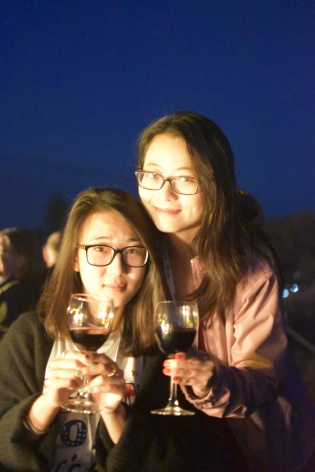 Although food wasn’t that exceptional to my point of view, the dinning experience was something I recommend if you have budget. You can see the magnificent milky way if you come in the right season/time: 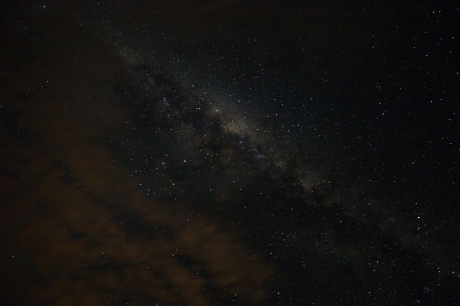 (Those photos credit Mr.X. set up tripod in a completely dark area was not that easy)

This is the first time I saw such a massive milky way, even bigger than when I was in Lake Tekapo NZ.

After the dinner, it was just a very short walk from the dinning area to the field of light. Be honest it wasn’t that great as I dreamed about. 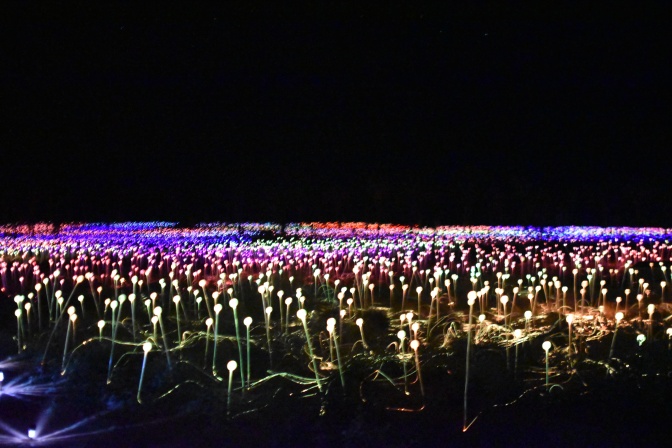 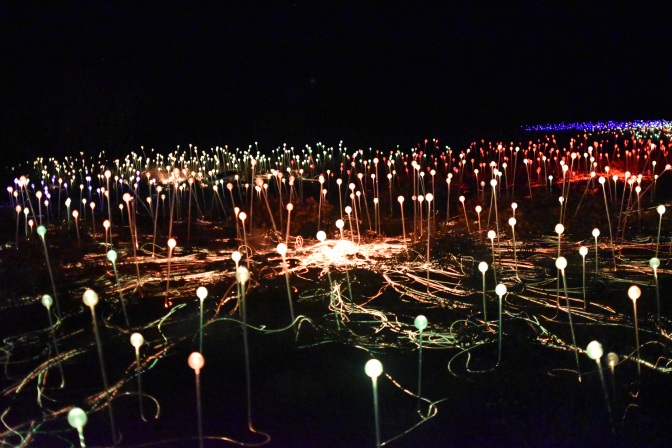 It looks prettier and more stunning when looks outside of the field rather than walk inside.

The transfer bus departures around 10:20 ish so we had about 20-30 mins of time to walk around. We concluded our first day around 11pm.